Mumbai girl Shrutika Gaokkar is an actress who is not just talented in front of the camera, but also off-camera. She is a workaholic, fitness freak and really knows how to cut a rug. Her peppy dance moves and ample of experience as an artiste makes her standout and prepared to take the plunge into the world of entertainment industry. Charming beauty Shrutika also puts a fair bit of effort into her social media platforms, showcasing her talents! She's damn good & creative with all her work and presently, she has a huge fan base on social media platforms like Instagram. Gosh! Isn't that great?

Dancing Diva and versatile actress Shrutika Gaokkar is a proud Marathi and dons many a hat as an actor. She had dabbled in acting, by appearing in Prime Flix Web Series like 92 hours, hugely popular web series – All about Section 377 and she went on to proceed with some amazing music videos like- Ishq Mein Tere Choor, Hare Rama Hare Krishna and item number ‘Popcorn’ from Telugu Movie – Sivaranjini. She will shortly be seen showcasing her stellar acting in one south film which is about to release soon. Also, you guys will see her sharing screen space with television actors Rohan Mehra and Manoj Kumar respectively in two different music videos which have already been shot.

India Book of Records holder Casting Director Dinesh Sudarshan Soi who has cast more than 3000 Music videos and now turned independent Music video Director will be directing a grand music video featuring Shrutika Gaokkar and a famous male social media influencer in the lead cast. Sonia Malhotra Soi is the Creative Director of this music video whereas casting & digital marketing will be done by DS Creations, a firm run by Dinesh Sudarshan Soi only. Ecstatic Shrutika said “I have done quite work in my past but I am super excited to work with a talented Director like Dinesh Sudarshan Soi. Now a days, Covid-19 pandemic situation is not good and me including all of us are worried. Once the situation is normal we will start the shoot of our next music video. I am all geared up."

Talented and damn hard working actress Shrutika Gaokkar is practicing dance, doing cardio, body exercises & Yoga at home only to keep herself fit during the lockdown period. She is taking a perfect balanced diet as well. Nothing has stopped her from remaining fit as a fiddle and that’s great .. She is also contributing her bit for the needy people and specially for the dogs. We would like to mention that Shrutika is also known for her love for dogs and has always been a vocal supporter of rescuing dogs. Sooner she is providing a 24 hours ambulance foe the welfare for the welfare of stray dogs.
This alluring diva has a strong foothold in acting and dancing both. Her best is yet to come!

We are eagerly waiting to check out her upcoming music videos. Definitely it’s going to be big! 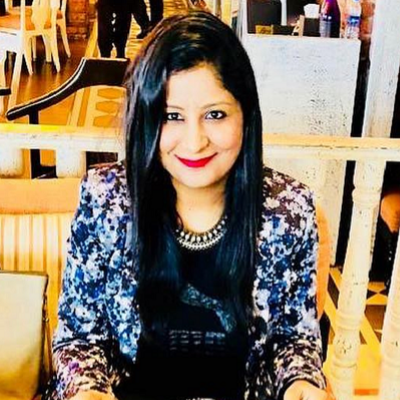 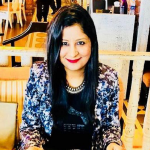